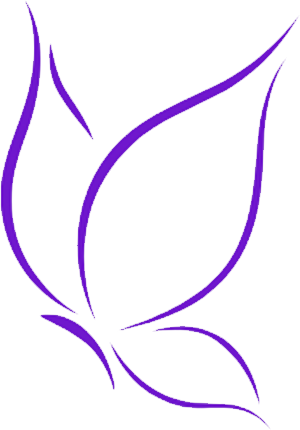 "I want you to know, especially because of what you have been through, that there is a way for you to reconnect to true life force, joy, purpose, love, and health, way beyond anything you may have previously known, even before abuse."

I am a survivor of 20 years of severe domestic abuse, and I am on a mission to heal and support the recovery of domestic abuse victims so that they never have to suffer abuse again. Not only will they survive, but they will also thrive beyond what they ever thought possible.

I was once stuck in the never-ending cycle of abuse, waiting for the next round of explosion to unravel. I got so used to the abuse cycle that I could even speed it up or slow it down to keep myself safe and alive, sometimes even pushing an episode to the explosion stage quickly so that it could be over and done with.

The episodes usually included anything from the most horrible verbal abuse to unfathomable severe physical violence and choking, adding up to years of being tormented, devalued and dehumanised.

Twenty years of my life were spent fighting to live, not enjoying or flourishing in life, and just fighting to take another breath. I left many times but was not able to fully break away due to a whole range of psychological and deep subconscious traumas,, along with the terror of leaving and staying alive.

There was also the perpetrator’s manipulations, usually the weapon of choice, to withhold my eldest child, using fear to turn all my children against me and turning family, friends and even neighbours against me along with any support that may have assisted me in leaving.

The perpetrator used calculated manipulative devaluation techniques, spreading lies and accusing me of the very things that were being done to me. I was continuously gaslighted (making me doubt my own reality), which made it difficult for me to break free and live a safe, healthy life.

Unfortunately, life will keep giving us the same things until we learn what we need to learn, and for me that wasn’t until it was a choice between life and death! I had a complete psychological and emotional breakdown and was diagnosed with anxiety, CPTSD, cognitive brain damage and Stockholm syndrome. I had a speech impairment and reacted slowly to stimuli.

I could not make decisions, and I was riddled with anger, fear, hurt, sadness, guilt, recurring nightmares and flooding thoughts of the abuse. I was trauma-bonded, co-dependant, always seeking outside validation and I was suicidal.

The professionals said I would never fully recover, BUT I DID.

I had a happy childhood up until the age of eight, when my mother passed away from a brain tumour. Everything unravelled after that. My father was unable to care for my siblings and me properly, and we were then separated. I went to live with my aunt, my mother’s sister, and I formed strong abandonment and trust issues, struggling with low self-worth and self-love.

All these beliefs and subconscious programming led me to be susceptible to abuse. I had deep scars from my childhood, and I had to go back there to start my healing journey. I took advantage of all the modalities of healing, therapy and services that were available to me in order to try and salvage some sort of life for myself.

I was supported by a domestic violence caseworker, women’s health clinic, FACCS housing, a psychologist and a counsellor. All these services were necessary to plan my safe leaving, emergency housing, finance, support and healing. It was during my psychology appointments that I finally began to understand what was happening to my brain while I was in an abusive environment, such as being stuck in fight or flight response for too long (causing cognitive brain damage and issues with my reactions).

My brain ended up trauma-bonded and became addicted to abuse. This phenomenon is called ‘peptide addiction’. Have you ever thought, ‘Why doesn’t the person just leave?’ Suddenly, I began to realise that it wasn’t simply a matter of me not being strong enough to leave, but there were other factors at play.

The problem with psychology, though, is that it was not helping with any of my deep subconscious childhood scars and trauma. It also did not heal the feelings of anger, fear, hurt, sadness and guilt nor help with my recurring nightmares, flooding thoughts of the abuse, CPTSD and embedded subconscious limiting beliefs.

Each time I talked about an event, it would re-traumatise me. I refused to accept that this would be my life – a life made up of trauma and medication.

Then my life changed forever I came across a modality using NLP (Neuro Linguistic Programming) and Time Line Therapy, which works directly with the subconscious to realise negative emotions and limiting beliefs.

Without being stuck in my story, I was able to start with my childhood wounds and work my way through all my trauma, realising each negative emotion trapped in each major event without the need to discuss every part of the event. When I started the treatment, I was at my lowest.

I was still suicidal, barely able to make it through a day without fighting the urge to end it all. I could not see a way out, a way to move forward, or a way to heal myself. I thought I would be living in despair and loss forever.

Every part of my being was in pain and on fire, and I was a shell of torment and desperation. I had never felt so alone, so broken and so scared. Tears streamed down my face from the moment I awoke, not knowing what to do or how to continue. One thing I knew with absolute certainty was that I loved my children with all my heart, and I was going claw my way back if I had to.

When I fell onto the doorstep of two amazing human beings that where practitioners of NLP and Time Line Therapy, my life would change forever.

The first thing I was told is that there are NO such things as broken people, there are only people that need love. This still rings true in my mind today. I started my therapy and dedicated everything I had to healing. I completed a breakthrough programme (NLP and Time Line Therapy), which took about 12 weeks, and the changes that occurred were nothing short of miraculous.

Each day, I felt a little brighter, and I stopped having recurring flashbacks. I started to be able to focus, and my negative feelings began to dissipate. I stopped taking medication and had more energy. I was no longer suffering from nightmares, and I no longer thought of myself as a victim. I started seeing a future, one in which I was happy and smiling.

However, the biggest win of all was that my CPTSD was completely gone, and I was no longer trauma-bonded to my perpetrator. Most importantly, I learned that everything was happening for me and not to me. I was not a victim.

Let's get you started on your healing journey.